Understanding your adult child isn’t always easy. When your kid doesn’t follow the path you mapped out, what do you do?

Experience frustration, for sure. Maybe argue to the point of rupturing your relationship. Perhaps shake your head and mutter, “Kids these days …”

Or, after moving through the anger and disappointment, you could end up living your lives in sync.

That’s what happened with Brian, a retired computer networking and data storage expert who expected his kids, now in their 30’s, to follow the usual life plan: have a career, climb the corporate ladder, work hard until they’re 65, and make a lot of money.

His oldest son, Rick, chose a different way of life, and Brian says “it frustrated the heck out of me for a long time.”

If, like Brian, you have a difficult time understanding your adult child, don’t despair. His story might help.

Other FI After Fifty Articles You Won’t Want to Miss:

Can an Amazing DIY’er in Her 50’s Save Enough for Retirement?

How a “Word of the Year” Can Move You Forward

A High Income but Stressful Career

Brian and his wife, Meg, started their careers in the Army. They met when they were both stationed in Germany. After their service ended and they returned to the U.S., Brian worked in communications. With the start of the digital revolution, though, he became interested in the possibilities computers offered and switched to computer networking and storage.

Brian found his work fascinating and benefited from a high income, but his job came with heavy stress, especially at the hospital where he worked before he retired.

“Imagine being responsible for all of a hospital’s data,” he says. Stressful indeed. 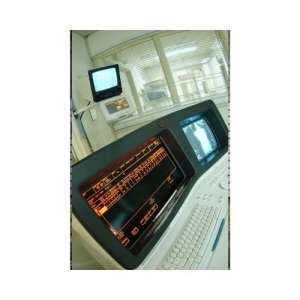 While Brian worked in the computer industry and brought in the family’s sole income, Meg worked at home raising their four children.

Teaching the Children About Investing

As the kids grew up, Brian thought about helping his children become financially literate.

But Brian learned that “the way to get rich is to be part of the stock market.”

He started by opening Dividend Reinvestment Plans (DRIP accounts) for his two oldest kids. Back before Etrade, buying stock was expensive and complicated. DRIP accounts offered an inexpensive way to enter the market, where you buy directly from a corporation and they reinvest the dividends. Brian started them out with investments in utilities.

These accounts provided from two to four percent returns, a higher rate of return than a savings account. He made notebooks for each kid where he printed out and pasted in their statements so they could see their money growing. 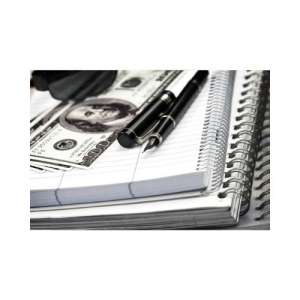 One son got really excited about the possibilities of investing. Now, as an adult, he invests on his own, and Brian considers him to be very successful.

His other kids showed little interest in the DRIP investments. Rick, especially, didn’t care much about the stock market or growing his money.

“That really surprised me,” Brian says.

College or the Military

When his children reached the age where they started to think about their post-high school lives, he gave them two choices: he would pay for college or they could join the armed forces.

“The military is a great place to mature and grow up,” says Brian. His youngest son went into the Army and his second son joined the Air Force.

Rick chose to go to a local community college, and his daughter said “no” to both choices, and just moved out.

Brian and Meg thought that once the kids graduated from high school, she would enter the workforce and earn some money. They realized she wasn’t qualified for many jobs; perhaps, they joked, she could be a greeter at Walmart. Instead, she chose to pursue a college degree.

Meg started school a semester before Rick. Once he enrolled, they shared a few classes, and he set up his schedule so they could commute together. 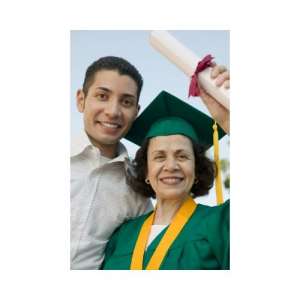 Brian thought Rick would transfer to a four-year college and get his bachelor’s degree, but Rick felt satisfied with an associate’s. After college, Meg worked in data management, but Rick never really launched a career.

For a long time, Brian felt frustrated by his oldest’s lack of ambition. Rick didn’t want the stress of a corporate career or the sense of turning over life’s most precious commodity – time – to the pursuit of money. This was hard for Brian to understand.

“You need to build your career!” he would urge.

“I thought it was just him,” says Brian, “but it seems to be a generational thing. Career success isn’t a big thing. Instead, they try to see how little they can live on.”

This focus on a different set of values proved a point of contention for a long time.

Finding FIRE and a Shared Outlook

Then Brian and Meg found the FIRE community and realized they could retire sooner than they thought. They started thinking more like Rick: living with less for the sake of freedom from the 9 to 5.

Like many people, Brian learned about FIRE through Mr. Money Mustache. From the comments in the MMM blog, he found other blogs and podcasts, and tried to put some of what he learned into action.

His biggest take-away from MMM and others? Don’t waste your money on stuff, but instead, enjoy experiences.

“I did buy a lot of stuff,” says Brian. “I made a large income and was saving a good percentage of it, but I was spending the rest.”

Then, several years ago, he lost his job. His goal was to work until he was 65, pay off the house, and then retire. With the job loss, that all unravelled.

“I changed my focus. We decided to downsize and pay everything off.” Meg had wanted to do that before, and Brian finally gave her free rein. They had always been frugal, living within their means, without too much debt. But now they got serious about paying things off.

A few years in, they checked the numbers and realized they could retire, at ages 57 and 58.

“All in All, My Son is Doing Really Well”

Rick has done a number of different jobs. Until an interruption from the corona virus pandemic, he worked as a graphic designer at a screenprinting company, creating lettering and logos. He’s also working with a friend installing custom playgrounds.

And two years ago he started a side hustle designing fabric online. “He’s actually doing really well at that,” says Brian, who can see that business growing and at some point even becoming Rick’s sole source of income.

“All in all, he’s doing really well.”

When it came time for Brian and Meg to sell their house, Rick suggested they buy some land where they could have two houses, and Rick, his wife, and his kids could live there, too. So now, their youngest son rents the original house, and they built a two-family where Rick and his family live upstairs and Brian and Meg live downstairs. Rick pays rent and some utilities.

This arrangement has proven wonderful for Brian and Meg. They get to spend time with their grandkids, and they know their house will be taken care of when they travel, which (pre-corona) they did on a regular basis.

Brian and Meg now live with a focus on enjoying life and spending time with family. The first year of their retirement, they spent four months traveling in the motor home, visiting family and seeing the country, and the second year they made a similar trip. 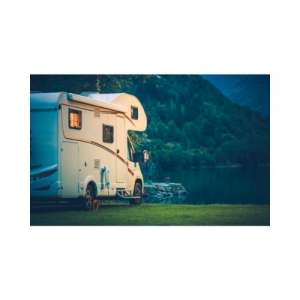 Once the pandemic ends, they plan to hike the mountains of Italy and take a Rhine river cruise. In the meantime, they’re enjoying working in the yard, putting puzzles together, and playing board games with the grandkids.

It’s funny. Rick always wanted to live the more relaxed and relationship-based life that Brian and Meg are leading now, and he found a way to do that. At the same time, Brian’s hard work climbing the corporate ladder enabled him to retire earlier than expected.

As long as your kids are self-supporting, even if they’re not making high incomes or following the typical path to success, they’ll be fine.

Note: Names were changed in this article to protect the privacy of “Brian, Meg, and Rick.”